Procter and Gamble are Teaming with Community Organizations and TerraCycle to Recycle Beach Plastics into Shampoo Bottles! 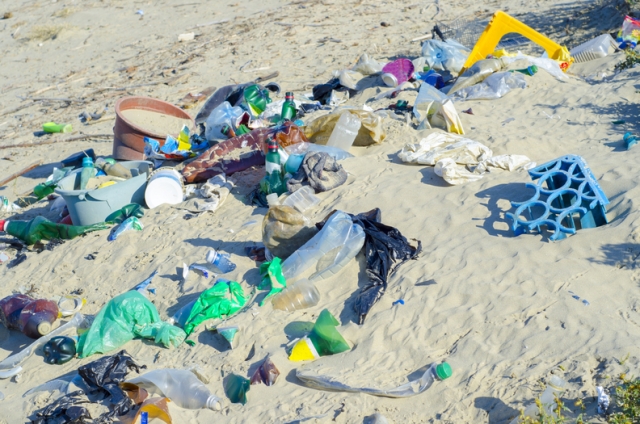 GREAT NEWS IN A NUTSHELL!!!

Using it before it hits the ocean!  Bravo to food giant Proctor and Gamble, diverting beach plastic into a million and more Head and Shoulders bottles worldwide.  This emits 60% less CO2 into the atmosphere and takes less energy.   Community beach clean-up groups, please contact P & G.  In this growing movement, they have a call out for beach plastic!  This is really great news!  Spread it!

Procter and Gamble have teamed up with TerraCycle to create an innovative new technology which turns beach plastic into recyclable shampoo bottles.  Ditching virgin plastic, they have called on community service organizations nationwide to gather beach plastic, which they process back into eco-friendlier bottles.

So far, P&G has used this technological breakthrough to produce recyclable bottles for the world’s number one top selling shampoo brand, Head & Shoulders, producing more than one million such bottles in more than 10 countries, diverting more than six tons of plastic that could have otherwise ended up n the oceans.  Best yet, the innovation is reported to be less energy intensive, and emits 60% less CO2 throughout the production process.

They have also entered Pantene into the Loop Shopping Platform,  a new program which sells participating products in reusable containers, which they collect, refill and redistribute.

P&G is a major sponsor of World Oceans Day and a Founding Partner of Youth for the Ocean, a new collaborative initiative from World Oceans Day created to help drive youth awareness on the importance of a healthy ocean.

Head & Shoulders were recognized in 2017 by receiving the United Nations Momentum for Change Award, spearheaded by the UN Climate Change secretariat, whose purpose is to shine light on some of the most innovative and practical examples of what people around the planet are doing to combat climate change.

National Geographic and Plastics News both reported on this hopeful development in curbing the tide of waste plastics, and hopefully moving toward ceasing  production of more virgin plastic in the world.  Follow the links for more details.

Calley O’Neill is a highly respected artist, muralist, visionary designer and social ecologist from the Big Island of Hawai‘i. Journalists have described her art, which spans four decades, as ethno-visionary, dynamic, symbolic and breathtaking. Calley finds her expression through classical glaze painting in mixed media works, public murals, stained glass and mosaic. Her landmark Healing Gardens of Makahikilua master plan for North Hawai’i Community Hospital in Kamuela received national recognition among top landscape architects in the field of therapeutic garden design. A great team player, Calley’s input raises the bar and sparks innovation toward healing the Earth and its inhabitants. Journalists have described her as ‘a way-finder’, ‘a life giving force’ and ‘a force of nature.’ Calley is known for exceptional quality draftsmanship, a crystalline mastery of glaze painting, stimulating diversity, relentless experimentation, and her love of the Earth and humanity. Her magnum opus is Rama, Ambassador for the Endangered Ones, and she continually works on the exhibition paintings in her Waimea studio and her plein air pop-up studio and tree gallery at the Four Seasons Hualalai at Historic Ka’upulehu, where she is the Artist in Residence. Her paintings are both visual prayers and wake-up calls. Calley earned a Bachelor of Fine Arts degree, summa cum laude from Pratt Institute, New York (1974) and a Master’s Degree in Social Ecology from Goddard College in Plainfield, Vermont (1977).
View all posts by The Rama Exhibition →
This entry was posted in and Articles of Note, Great News in a Nutshell, Health for the Planet. Bookmark the permalink.